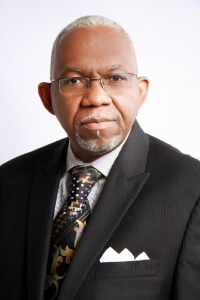 is an example of a life transformed to impact his family and community. He is the Executive Director and Founder of Malachi House II.

In 1997, James found himself at the end of his rope, after living a life of crack cocaine addiction. The turning point for James seeking help from his life-controlling issues came after he ran out of his house in the middle of the night on a crack cocaine binge leaving his daughter behind in tears screaming “daddy come back!” Seeing the tears and the anguish in his daughter’s face helped him realize that he needed help. After trying other drug rehabilitation programs, such as Teen Challenge, the grips of crack cocaine continued to lead James in the cycle of addiction.

He entered another faith-based drug rehabilitation program, The Malachi House, Inc. founded in 1995 by Otis Lockett, Sr. in Greensboro, NC. The program provided structure, discipline, character building and recovery principles to assist in restoring the lives of men.

In 2001, James became an intern staff member after completing the program. This started his journey of giving back what was so freely given to him. He worked in a number of capacities which include Community Relations and Program Director of The Malachi House, Inc. and he served faithfully until it closed its doors in 2010.

In 2008, The Malachi House, surveyed 51 participants who had graduated at least one year or more from their program.

The results from the survey showed:

Committed to the Vision of The Malachi House, James has championed the call to continue providing men with the opportunity to live a life free from life-controlling addictions and has emerged Malachi House II as a program with the mission to restore men back to their rightful place in their families and communities.